The new Mercedes-Benz SL has been previewed in pre-production form in official images from the German carmaker. The images show a pair of disguised pre-production prototypes of the reborn sports car taking part in on-road testing near the company’s Immendingen technology centre. Both cars show a clear family resemblance to the AMG GT, while the different exhaust tip designs suggest multiple engine derivatives are being put through their paces.

What do we know about the new Mercedes SL?

The new Mercedes SL is set to be revived as a lighter, faster and more engaging model partly inspired by the brand’s motorsport roots, which is why overall development duties have been assigned to the AMG performance division. It will be the first time AMG has overseen development of any SL across its previous seven generations.

The new SL will be underpinned by Mercedes’ MSA platform which will also underpin the next-gen AMG GT. Aside from the platform, the SL is also expected to use the same axle assemblies, suspension, steering systems, 48V electric architecture and hybrid drivetrains, among other components, as the GT. The two models will be built alongside each other at Mercedes’ plant in Sindelfingen, Germany. 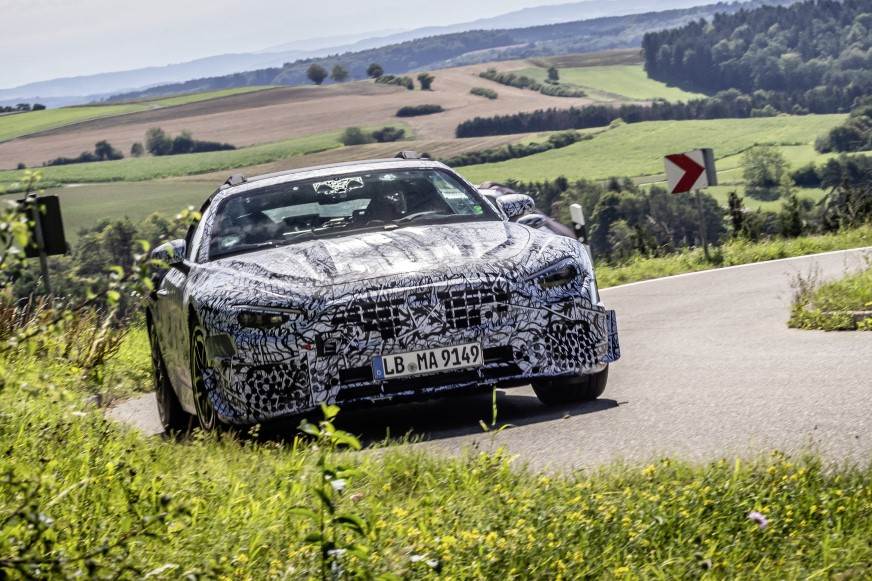 The adoption of the MSA platform is claimed to have had a positive effect on the styling.The new SL’s proportions are said to be more in keeping with earlier incarnations of the classic roadster than the current model.

Test mules – despite being largely under wraps – show off a long, sloping bonnet, prominent rear haunches and an angular front grille design. The rounded rear end is similar to that of the Mercedes-AMG GT sports car. The images also confirm previous reports of the new sports car getting a fabric soft-top in place of the fold-out hard-top like its predecessor.

The new SL is also expected to feature a 2+2 cabin layout, another departure from the current SL.

What engines will the new Mercedes-SL use?

Mercedes plans to offer the SL with a limited range of hybridised in-line six-cylinder and V8 petrol engines in a line-up that’s likely to include both standard and AMG models.

The range is understood to start with an SL 450 EQ Boost model powered by a 3.0-litre in-line six-cylinder turbo-petrol developing around 370hp, along with an added 22hp in combination with an integrated starter motor. Further up will be the SL 53, which will run a more powerful AMG-tuned version of same drivetrainputting out around 436hp and added 22hp through electric assistance.

Among the V8-powered models will be the SL 500 EQ Boost and a range topping AMG SL 63. Both models will use Mercedes’ 4.0-litre V8 turbo-petrol engines paired with the company’s EQ Boost hybrid system. The SL500 EQ Boost is expected to have a similar power output to the SL 53, but significantly more torque. The SL 63 is likely to be offered in two states of tune, with the most powerful model developing in excess of 608hp and more than 30hp of electric boost. It is unclear if Mercedes will continue with the V12-powered SL. 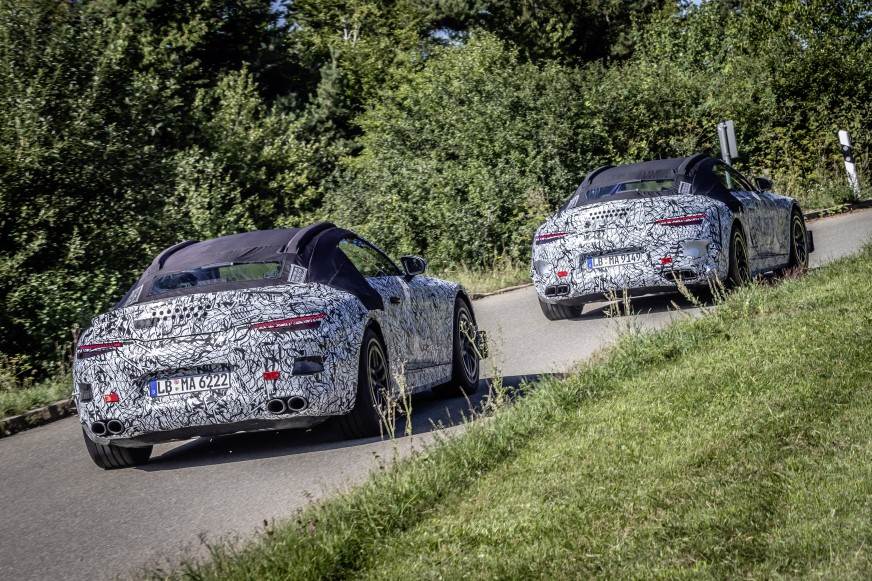 All engines for the new SL will come as standard with Mercedes’ 9-speed automatic gearbox, with the AMG variants set to adopt the Speedshift electronics package for faster shift times.

Will it come to India?

Mercedes did sell previous iterations of the SL in India with the model first arriving in India in 2001. The last generation of the car was on sale in India in the early 2010s with the current-generation – revealed in 2012 – not being launched in the market.

It is likely that the SL, which will compete against models such as the Jaguar F-Type and the Porsche 911, could return to India with the all-new generation following its expected debut in 2021.

Rally legend Hannu Mikkola, one of the original ‘Flying Finns’, succumbed to cancer on Friday night, passing away aged 78. He epitomised the fearless brigade...

Osamu Suzuki to step down from June 2021