Royal Enfield has some very interesting models in the pipeline. We’ve seen a few them being tested and since there hasn’t been an official statement from the company, it’s also led to a whole lot of speculation. Four all-new models – the new Classic, the Meteor, another new single-cylinder model and a twin-cylinder cruiser – have been spied testing. Here’s what we know about them, so far.

The next-generation of the Royal Enfield Classic was one of the first upcoming models to be spied – it was first seen early in March 2019. The images revealed, both, mechanical and cosmetic changes. For starters, the disc brakes at either end of the all-new Classic are on the right-hand side, instead of the left, like the current model. This change has resulted in the chain shifting over to the left from the right, and could be the result of a revised engine and drivetrain. While most of the engine looks identical to the one on the current Classic bikes, it’s likely that it comes with revised internals. For now, there is no word on whether Royal Enfield will retain the 350cc configuration, but we believe that the Classic bikes will initially be offered with the same engine displacement. The 500cc models have been discontinued recently.

Also visible in the images is the new dual-cradle frame, in place of the single-down tube one seen on the current model. Cosmetic changes include a sleeker tail-light in place of the large circular unit on the current model, a redesigned rear seat that now has rounded edges and a grab rail that appears to be raised. The test mule also appeared to be equipped with the chrome mirrors and silver bar-ends seen on the Interceptor 650. 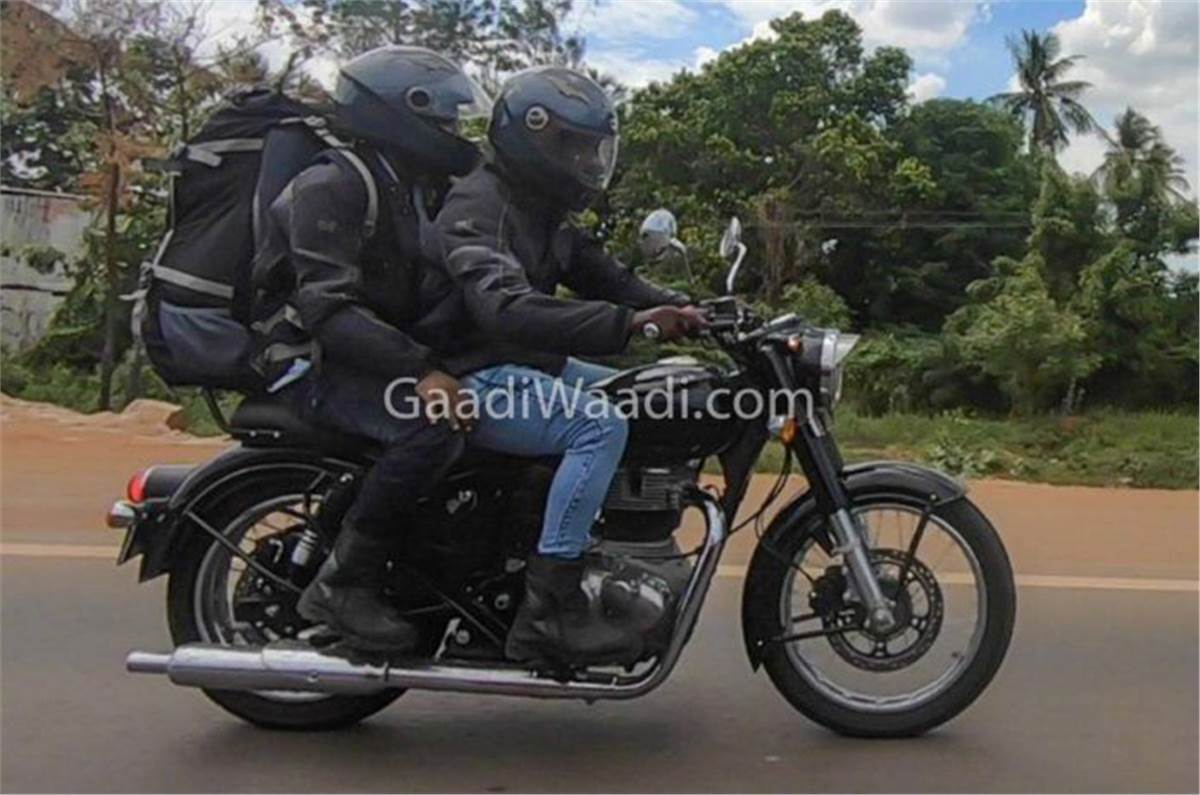 What is the Royal Enfield Meteor 350?

Now, this is a motorcycle that there’s been a lot of speculation about. This is also likely to be the first of the new Royal Enfields coming in the near future. The Meteor 350 is very likely to be the model that replaces the Thunderbird line, and images from earlier this week have revealed that it will be available in three variants – Fireball, Stellar and Supernova.

The Meteor 350 Fireball will feature what Royal Enfield calls Tripper Navigation, which we believe is a Bluetooth-enabled GPS system. This entry-level model will miss out on this feature, and the chrome bits available on the higher models. It’ll make do with a sticker decal instead of a 3D badge. The Stellar sits above the Fireball and its equipment list includes the Tripper Navigation system, a back rest, and a chrome-finished exhaust system and handlebar. The Supernova is expected to be the most expensive variant. It’ll come with all the aforementioned features, and add in a machined finish on the wheels, a different seat cover, chrome indicators and a windscreen.

We do know that there will be no mechanical differences among the three variants, but exact engine details are still unknown. We also know that the Meteor 350 will sport a brand-new double-cradle chassis and that it will also run a completely new engine. Royal Enfield has worked hard to ensure this motor keeps its classic design, but we expect a more modern SOHC system for the valvetrain. 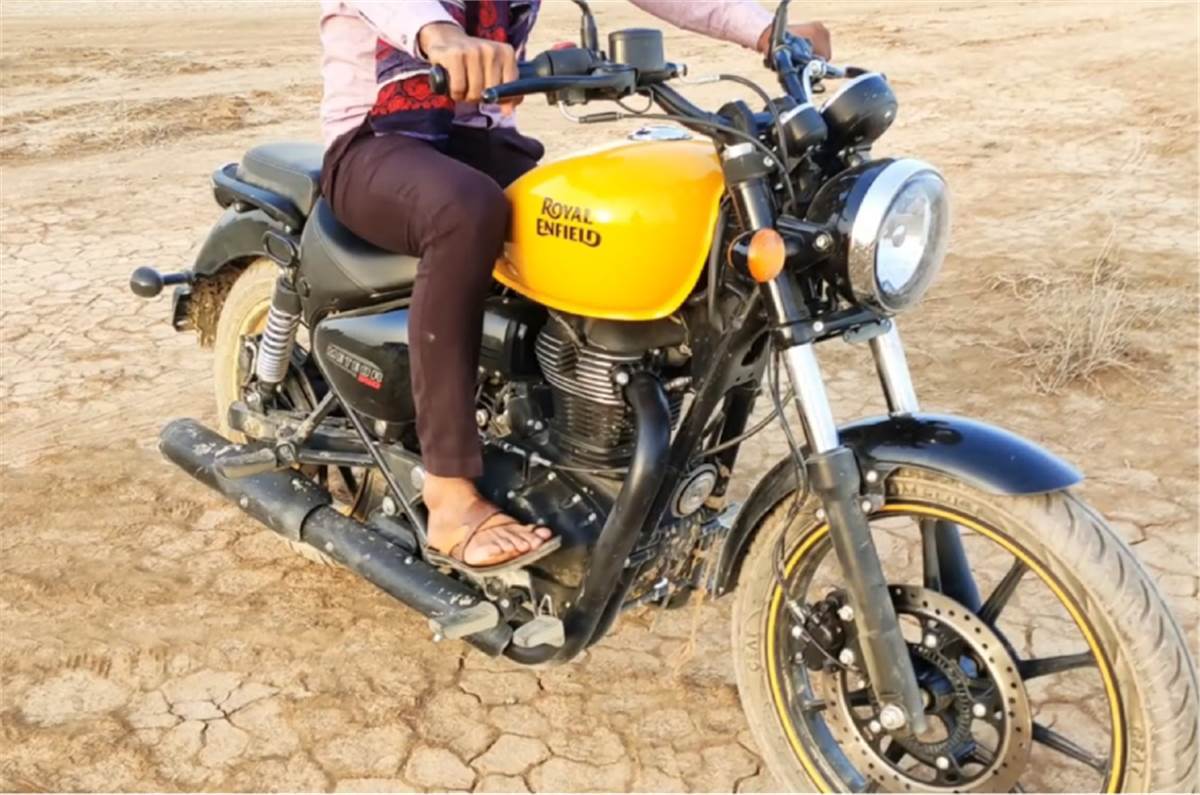 This particular Royal Enfield was spied testing back in February, and little has been seen of it since. The first set of images revealed a completely new model – its low-slung stance was unlike any other Royal Enfield motorcycle. The bike was initially suspected to be a design variant of the Meteor, but some obvious design elements laid that theory to rest. For starters, this bike features a lower stance than the Meteor. Then, there’s the use of a single-seat that is also flatter than the split-seat configuration on the Meteor. The tail-light and turn indicators on this motorcycle are positioned slightly higher, and also have a different shape. Additionally, the side panels on this bike are more in-line with the triangle-shaped ones from the company’s now-discontinued Thunderbird range, while the ones on the Meteor are slightly elongated.

More importantly, this mystery Enfield sports a stubby and upward-swept exhaust, and mid-set footpegs. Some elements, like the double-cradle frame, rear shock absorbers and swingarm, appear to be the same as that on the Classic and Meteor models. The engine, from what we can tell, is also identical to the one we’ve seen in spy images of the Meteor and the matte-black finish on the engine casing is unchanged as well.

Unfortunately, that’s all we know about this Royal Enfield, for the moment. Given its Triumph Street Twin-like styling and speculated configuration, we expect it to rival the Jawa Forty Two. Whatever the identity of this new bike, this is an exciting new direction for a Royal Enfield single-cylinder motorcycle and we can’t wait to see the final result. 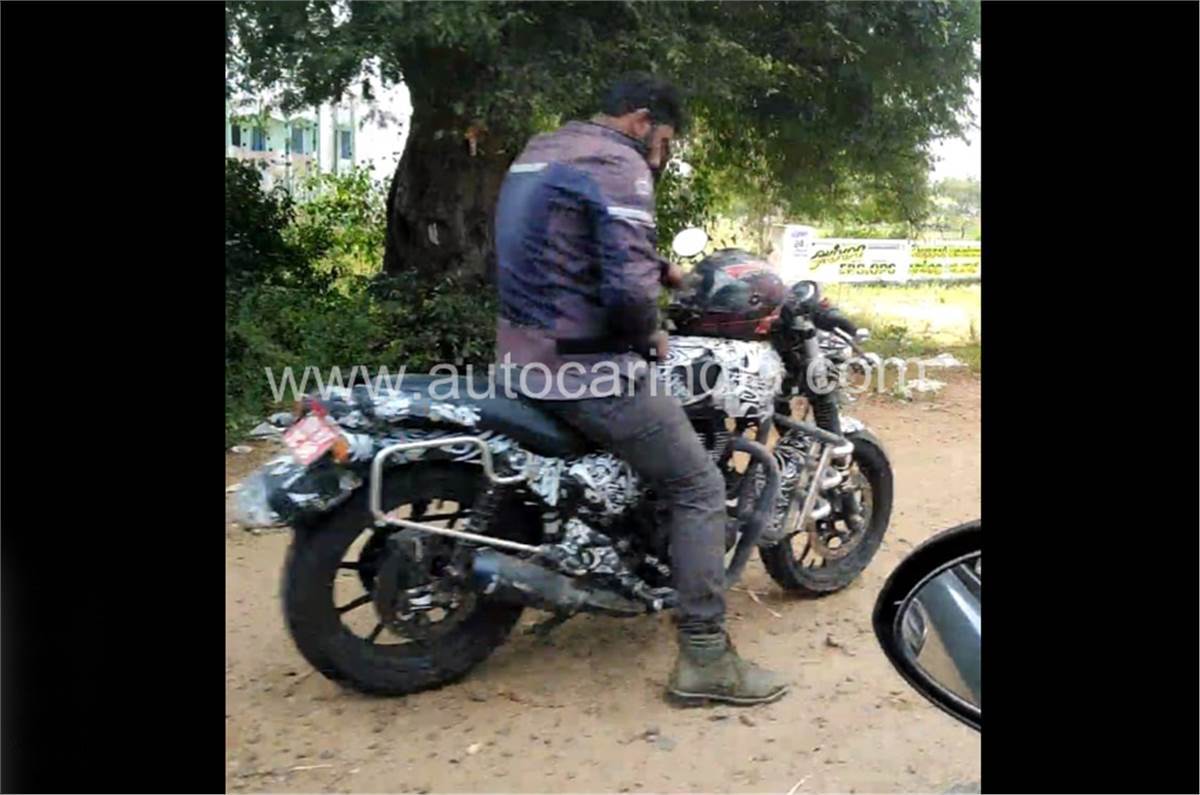 This motorcycle was first seen testing only about a week ago, and it appears to be a part of the manufacturer’s 650cc twin platform. The immediate giveaway is that it has twin-exhaust pipes – one on either side of the bike. We don’t have a clear view of the engine yet, but what we can see tell us that the cases on either side seem to be quite similar to the Royal Enfield 650 twins, although the test bike gets black cases instead of chrome-finished ones. You can also just about make out the oil-cooler mounted at the front of the frame – a feature that the soon-to-be-launched air-cooled Royal Enfield Meteor 350 doesn’t get.

While the engine is probably the same as RE’s 650 twins, minor modifications aside, it looks like Royal Enfield is using a completely different frame for this bike. The metal tubing along the side is new and the twin rear shocks are mounted at more of an angle compared to the Interceptor 650 and Continental GT 650. Also visible, is that this bike gets a USD fork up at the front, making it a first for a Royal Enfield.

The test bike spotted seemed like it’s quite far along in the development process, and while it doesn’t look production-ready, it also doesn’t seem too far from it either. With this bike, Royal Enfield appears to be offering a more premium, cruising-oriented version of its 650cc platform. Theoretically, the bike will offer a similar riding experience to the likes of the recently launched BS6 Kawasaki Vulcan S, but will come at a far lower price. We’d expect to see this bike go on sale sometime next year. 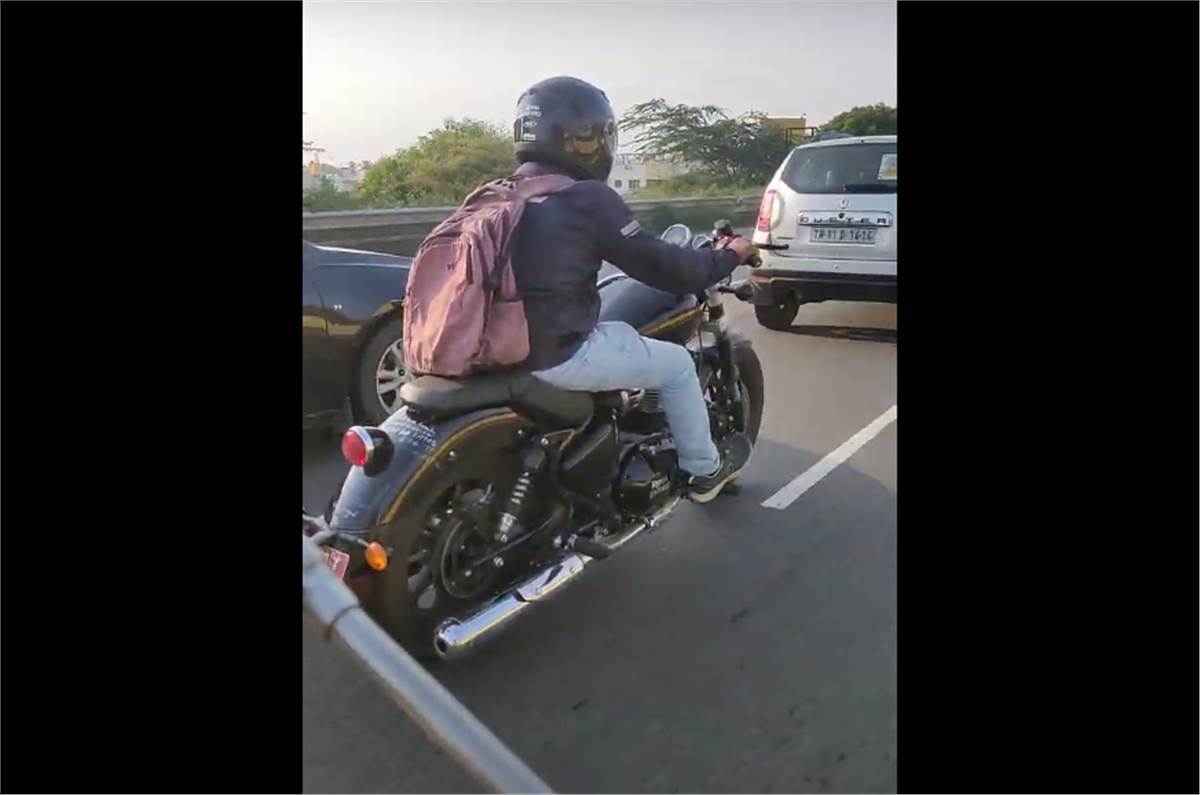 So, there you have it. Royal Enfield is working on multiple new products (these are just the ones we have seen on test), each exciting in its own right. While there’s still no official word on when they will arrive, these new models look like they will be the start of a new chapter for Royal Enfield.

After Kia Sonet, Toyota to bring in Urban Cruiser as sub-compact space heats up